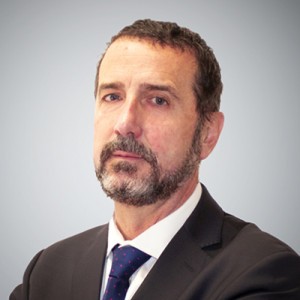 Director of the Security Compliance Department

A Computer Engineer from the UPM (1986), he joined GMV in April of 1988 as a data processing and real-time systems project engineer, working later as a team manager and project manager in the Software Engineering division.

In 2000, he joined the Defense and Security business unit, where he led the PCGACA project, a precursor for the current command and control systems area, while also leading the Ground Programs Division (subsequently HSMM) to the present.

In early 2013, he was appointed Director of the Classified Information Protection Service, which is the primary duty of his current role as Director of the Security Compliance Department.