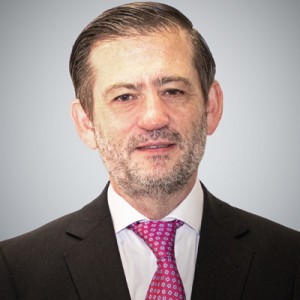 Aerospace Engineer from the University of St. Louis (1988), MBA from ESCP (2000) and PDG from IESE (2011). He began at GMV as a project engineer and, in 1992, he moved to ESOC, working on a variety of projects in the flight dynamics and control centers area. Back in Spain, he was responsible for the control center for the ISO mission at ESACE until 1998, when he took over as the head of the Eutelsat Control Centers account.