Quantum Technology: Supporters and critics, the road is made by walking

Quantum technology is at a very early stage. There has been considerable talk about it lately. Many are convinced that these technologies will set of a great revolution. Others are more skeptical and believe that these expectations are highly exaggerated with respect to their true potential.

In an ever-changing world, with tightened costs in the area of information and communication technology, many early adopters have warmly embraced something so unique and promising as quantum technology. Today there are significant investments being made, and the return is expected to be huge but in the very long term.

The timeline currently on the table for a quantum computer with enough power to solve real problems and represent a real threat to our security is at least 10 years, but it could be even more! Could we be facing an eternal promise, chasing a future that will never come? Over 10 years is a very long time! Many will have retired by then. Chasing an eternal promise is very tiresome, it causes burnout, and being unable to see results can wear anyone down. We need more short-term results; if not, many of those who are starting out with zeal, beguiled by the promise of a quantum computer, will grow tired one day and will stray off the path.

Quantum programming requires knowledge that is quite different from what is applied to classic programming. It is a different approach that we are not yet used to. This programming is still today at a very low level. By comparison, it is as if we were programming in machine language. There is a long way to go, but it is possible that in the future there will be high-level languages, “high order programming”, for quantum computers, as well as libraries for different specific uses. Does it make sense to learn how to program today’s quantum computers, or is it better to wait? Learning quantum computing does not mean learning a new programming language, it means learning how to think differently. This is always very powerful and enriching, with or without quantum computers!

Humans tend to be tribal, and as a result trivial. We love taking sides in battle: my country is better than yours, my football team is the best, my degree is studied by the smartest people, the programming language I know is undoubtedly the best, etc. In this context, as well as because of the fear of change, it makes sense that there are those who are highly attached to traditional information and communication technology and distrust quantum technology.

And in this context, what does the future hold?

Personally, I believe the road is made by walking.

The greatest supporters believe that quantum technology will be a great success. Some even venture to say that quantum computing will far exceed traditional computing, making it obsolete. That is highly unlikely. Quantum computing does not do a good job of resolving many problems that are trivial for a classic computer. The most likely scenario is that both worlds will coexist.

We are already seeing some very promising results in some areas. Quantum sensors produce very significant results; for example, inertial sensors for submarines make it possible to calculate their position following a long voyage underwater with unmatched precision. Quantum technology applied to optics also promises to offer surprising results, with a degree of detail that was unthinkable before now. It seems quite clear these are not just speculations for the future, as the sensors are already very close to reality.

What is quite clear is that there are already many companies investing a great deal in quantum technology, as shown by Gartner by including it in its Hype Cycle for 2018 and beyond. This graph puts things into perspective: although we may be in a hype cycle, it is not “all or nothing”, rather we will reach a productivity plateau in which we will clearly see the applications in which quantum technology does have a clear

Throughout my professional life, I have seen the rise of multiple new proposals and technologies, and many have been received with skepticism, disbelief and even mockery by some. At one time, some even laughed at the idea of creating computers for personal use. Although I have also seen examples of failures and eternal promises, many of the new technology proposals have not only gone forward, but have revolutionized our sector as we know it.

As the saying goes, nothing ventured, nothing gained. Quantum technology has a long list of possible areas of application: banking, pharmaceuticals, medicine, logistics, telecommunications, defense, cybersecurity, chemical industry, fraud detection, machine learning, marketing, random number generation, etc. In these areas, quantum technology can represent a revolutionary change, which may lead to companies that have not signed on to quantum computing not surviving, giving a very significant edge to companies that have made a commitment to this new technology.

Should we invest in quantum computing?

If you are looking for a short-term return, the answer is probably no; but if you are looking not only to survive but to come out on top in the long term, there may be just one possible answer: definitely, yes. The road is made by walking, and this road has already begun; the longer you take to follow, the further behind you’ll start. 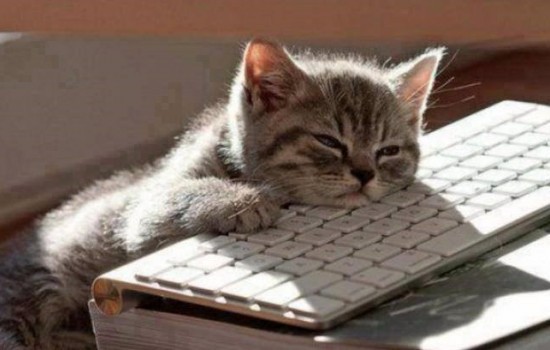