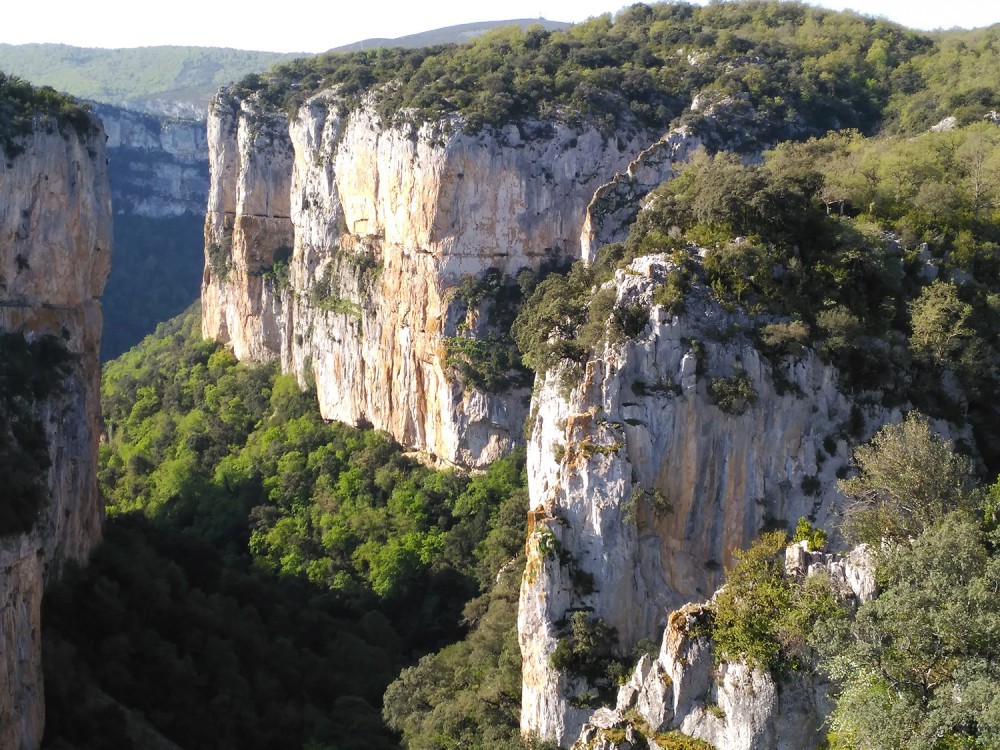 Our ideas about trees and woods are infinite, almost as many as the beholders behind them. My childhood tree is a sprawling lemon tree to climb and play in, growing among carob trees, cypresses, pines, laurels, fig trees and oak scrub; its branches spread eastwards over an undergrowth of kermes oak, juniper, dwarf palms, mastic, buckthorn, rosemary, heather, furze, lavender and esparto. And through this magic wood run personages, fantasies, perusals, mysteries, thoughts, fables, traditions and harmony.

Many have probed with philosophical and cosmogonic acumen the meaning of trees and woodland, breaking them down into their subjective and objective essence or spinning them out cosmically with the most mind-boggling imagination and creativity. Witness J.R.R. Tolkien himself, for whom woods are a byword for – well – words: always thought-provoking, always with astounding insights to pass on. You have to tune your ear in, learn to decipher the language of trees – biological, ecological – the findings being held up against the laws of nature. For nature has its laws too, and when they are broken, nature laments, weeps, breaks down, suffers and, in the end, wreaks revenge.

Quite rightly you might ask: since when does GMV concern itself with literature, philosophy or botany? Drawing on the scientific and technical expertise of GMV’s inhouse earth-observation developments, I believe we have a unique vantage point to see woods with new eyes: with “eyes” of the new satellites, allowing us to measure the spectrum, the footprint of each tree species and woodland, of its growth rate, droughts, the thirst of each tree, the scars of wildfires, the wounds of the axe and even invasive species’ knock-on pandemic effect on biodiversity, the alteration of ecosystems and biotic homogenization.

Tolkien spoke about these woodland components in his whole legendarium[1], short stories, poems, letters and essays, coming up with deep-seated reasons to explain how each element fulfills its own function and keeps the whole in balance: from root to crown, from light to soil, orchards and timber plantations. It is rather comforting to look at the sheer scope and quality of GMV’s woodland analysis products obtained from satellite images, while calculation algorithms and validation processes also give us a new take on woodland.

Our most basic analysis is forest mapping, which we obtain with a precision of 95%. Geolocation, inherent to the image pixels, together with auxiliary database place names are essential for calculating surface area and biomass volumes. Surprisingly, Tolkien provides painstaking localization details to usher us into his woodland world, extension towards cardinal points, characteristics of bordering soil and the land’s denizens, the location of clearings and other specifications with a whole host of place names. He clearly launches at the reader a message about recognition of space and its limits. Limits are to be found everywhere, sometimes friendly, other times enforced, at times insuperable. But we should always be aware of them and name them with respect.

Drawing on the above, we top up the forest cover analysis with woodland type classification. At times I get the impression Tolkien is one of us, from our production line: The History of Middle Earth describes 24 woods, each with its own idiosyncrasies. The satellite-captured spectral data allows us to classify each type of wood in terms of the climax species, each species being unique. AI-powered reflectance classification algorithms allow us to establish the location and limits of woodland types, with a 90% precision. The differences between woods where the climax tree is Pinus nigra, sylvestris or uncinata do not fly under our radar. The same goes for up to 58 dominant species in Europe.

Tolkien, in poetic terms, names a problematic component we find in the classification. He refers to the “forest-eaves”, i.e., the transition zones, anteroom to another scenario. This metaphorical term represents a daily difficulty in our woodland classification work, which we solve thanks to mathematical and probabilistic calculations.

The timeframe of the legendarium goes beyond the scope of this post; The Origin, the Age of Trees and the four subsequent Ages refer to historical cycles, to the complete narration of biographies. This is not possible in the solar calendar in which days, weeks or months complete the maturity of the individual. For Tolkien, the Age of Trees is recorded in the growth rings, radiating out from the still center, in origin, while allowing branches and leaves to grow freely: stable beginnings and freedom of growth thereafter make for a vivid story, an integrated biography. Our age of woodland product does not plagiarize Tolkien; we have been processing multi-temporal satellite images since 1984, in order to date the history of changes: crown size, canopy cover, estimated biomass and carbon capture according to woodland age. The evolution of Fangorn forest would be an ideal study case for satellite images.

Another forestry aspect we analyze with satellite images are fires, a recurrent theme in the legendarium. Tolkien saw forest fires as an image of warfare desolation, of battles waged between living beings, like wrathful lava that scours and sweeps away all living beings in its path, albeit always with the lingering hope of regeneration and survival: the triumph of the ring from its ashes. One example is the battle of Isengard, waged by Saruman and his Fire of Orthanc, which would put paid to a whole host of Ents – speaking trees. Satellite detection of burnt areas is now a tried and tested procedure; in real life as in the metaphor we strive to head off ignition by measuring the fuel dryness and, in the post-fire land regeneration, recomposing fragmented woodland. To this latter endeavor we will be dedicating our efforts over the next four years under the banner of the Horizon 2020 project FirEUrisk, which will design Europe’s strategy against large forest fires, which are cause and effect of a chain of destruction: abandonment of productive agroforestry systems, population drain, severe droughts, loss and fragmentation of biodiversity, pest outbreaks, soil loss and air pollution.

On World Forest Day I’m sure Tolkien would discover a new horizon for fantasies and realities on the strength of the super vision of the earth afforded us by satellites. Tolkien would like GMV.

[1] The term legendarium was coined by Tolkien himself to refer to his mythopoeic opus: The Hobbit, The Lord of the Rings, The Adventures of Tom Bombadil, Bilbo’s Last Song, The Silmarillion, Beren and Lúthien, The Book of Lost Tales, The Fall of Gondolin[, History of Middle Earth, History of the Lord of the Rings.