Unfortunately, news about forest fires goes hand in hand with each summer season. If you also grew up in a Mediterranean country like me, this kind of news will surely be part of your summer memories. I can recall three since the increasing magnitude of these fires made me rethink the meaning of the concepts "devastating", "ecological disaster", or "human and economic losses".

The first of these fires took place on 20 August 1999, on Mount Abantos in San Lorenzo del Escorial, Madrid, which burned 425 hectares[1] and was labeled an "ecological disaster" by several media outlets. Six years later, on 16 July 2005, a barbecue at a picnic site in Guadalajara, in Castile-La Mancha, caused a fire that killed 11 people and destroyed over 10,000 hectares[2], which included areas of high ecological value. The following summer, between 3 and 15 August 2006, a wave of fires devastated Galicia. It is estimated that over 90,000 hectares were scorched[3], four people died, and the economic losses were estimated to range between 211 and 296 million euros[4].

The majority of the fires that occur in Spain are intentional or due to negligence[5]. However, weather conditions play an important role in the control and spread of these fires. In addition to strong winds, as was the case of Mount Abantos, the weather conditions were especially poor in the last two, due to a prolonged drought between 2004 and 2007 and a heat wave in 20066. Despite the fact that there have been various forest fires throughout Spain in recent years, their number has been significantly reduced since 1994[6] ,thanks to joint efforts from the Public Administrations, State Security Forces, and community collaboration.

In other parts of Europe, similar weather conditions have made it more difficult to extinguish fires and increased their magnitude and cascade effects. For example, in the fires that occurred in Portugal in 2017 (Figure 1), in which nearly 500,000 hectares burned in total and 120 people died[7], and in the fire that occurred in Attica, Greece, in 2018, which although it was smaller, caused the death of 102 people[8].

In recent years, some of the fires that have occurred are particularly concerning from an environmental perspective, either because they are becoming more frequent on lands with a high carbon content, such as in the Arctic[9], or they are reaching dimensions that have never been seen before, as in the case of Australia.

In the Arctic, lightning is the leading cause of fires. The number of lightning strikes is expected to increase by 85% in boreal forests and to double in tundra regions, as a result of climate change[10]. In 2020, CO2 emissions broke new records, reaching 244 megatons between 1 January and 31 August 2020[11]. In Australia, several different official institutions pointed to lightning as the main cause of the fires that took place during the 2019-2020 season, in which more than 17 million hectares were burned, 33 people died, and 3,094 homes were lost[12]. An unprecedented disaster that has potentially had irreversible effects on some threatened or endangered species. The Australian Government has already begun work on an emergency intervention and recovery plan for 810 species.[13]

The recurrent news of forest fires with increasing intensity and magnitude in recent years has led to a more generalized use of the term “megafire”. This term refers to fires that are larger than 40,000 hectares, are very difficult to contain, and are usually exacerbated by extreme weather conditions such as prolonged high temperatures and drought[14]. Originally, the term “megafire” was used to describe large fires in the western United States[15] , and its use has grown in popularity, being used to describe fires of great intensity and magnitude anywhere in the world. The factors and characteristics that define this type of fire should be determined more precisely, to avoid possible ambiguities in how they are used and interpreted in different parts of the world and, like other terms, be included in glossaries on the subject[16].

The megafires that have occurred in recent years in different regions - among others, in southern Chile in 2017, in California, in 2018 and 2020, and in the Amazon, in 2019, as well as those that are occurring now, constitute a loss of nature areas with high ecological value that also contribute to social welfare in many ways. One of them is the positive impact that nature has on our health and perception of happiness [17],[18],[19], which was especially evident during the periods of confinement due to COVID-19. The degradation of ecosystems and the destruction of natural landscapes seriously endanger biodiversity conservation, and by extension, the ecosystem services derived from it.

How is Europe helping to prevent megafires?

Between 2010 and 2016, Greece, Spain, France, Italy, and Portugal together reported more than 40,000 fires a year. In addition, it has been observed that the fire season has grown longer during the last 30 years due to the effects of climate change[20]. Therefore, improvements in fire monitoring and in the coordination to fight them are more crucial than ever.

The European Commission and the European Space Agency (ESA) are supporting and contributing to the monitoring of forest stands and fires through the New European Forest Strategy 2030[21] and the financing of operational projects.

In the last 20 years, the European Commission has funded 56 projects on fire ecology, prevention, suppression, and recovery20. Projects such as FIRESMART, FUELMAP, and ARCFUEL, in which GMV has participated, demonstrate the usefulness of satellite data to quantify burned areas, prepare fuel maps and raise community awareness. However, integrating this geospatial data into holistic approaches is necessary to be able to predict, monitor and evaluate the causes and consequences of fires in a comprehensive way, which will help improve decision making.

In April 2021, the Horizon 2020 FirEUrisk project was launched to help contribute to a paradigm shift in forest fire management in Europe. This project, led by the Portuguese Association for the Development of Industrial Aerodynamics (ADAI), will receive 10 million euros to develop a holistic approach to fire risk prevention and acquire knowledge that will help address the challenges linked to current European wildfire conditions and those that are forecast for the decades ahead.

GMV will coordinate the tasks relating to the cascade effects and to demonstrating solutions at the pan-European level and in five selected regions: Kalmar County (Sweden), Central Europe (Brandenburg and Saxony in Germany, Bohemia in the Czech Republic, and Silesia in Poland), Central Portugal, Barcelona (Spain) and Attica (Greece).

In partnership with 39 institutions from 19 countries, GMV embraces its role in the Horizon 2020 FirEUrisk project as an opportunity to contribute to the development and coordination of innovative geospatial solutions that make a difference in the advancement and improvement of forest fire management in Europe.

[2] The 2005 Guadalajara fire investigators affirm that the fire originated from the barbecues. https://www.rtve.es/noticias/20120703/peritos-del-incendio-guadalajara-aseguran-fuego-se-origino-barbacoas/541779.shtml

[8] Xanthopoulos, G., Mitsopoulos, I. “The catastrophic fire of July 2018 in Greece and the Report of the Independent Committee that was appointed by the government to investigate the reasons for the worsening wildfire trend in the country.” FireLinks. First General Assembly & 2nd MC meeting October 8-9, 2018, Sofia, Bulgaria. https://firelinks.eu/wp-content/uploads/2019/11/Xanthopoulos-Mitsopoulos-The-catastrophic-fire-of-July-2018-in-Greece-for-Firelinks-site.pdf

[9]  National Park Service. US Department of the Interior. US Government. “Fire Extent and Frequency Resource Brief for the Arctic Network” https://www.nps.gov/articles/000/fire-extent-and-frequency-resource-brief-arctic-network.htm

[15] Pyne, S. “Megaburning: The Meaning of Megafires and the Means of the Management.” Wildfire 2007 – 4th International Wildland Fire Conference, Seville, Spain, 13 to 17 May. http://www2.fire.uni-freiburg.de/sevilla-2007/contributions/doc/cd/INTRODUCTORIAS_ST/Pyne_ST1.pdf 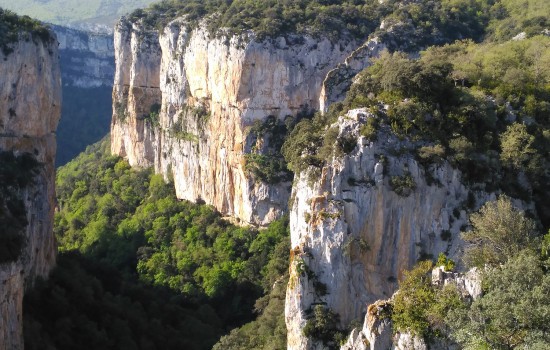