GMV at the Defense and Security Technologies Conference 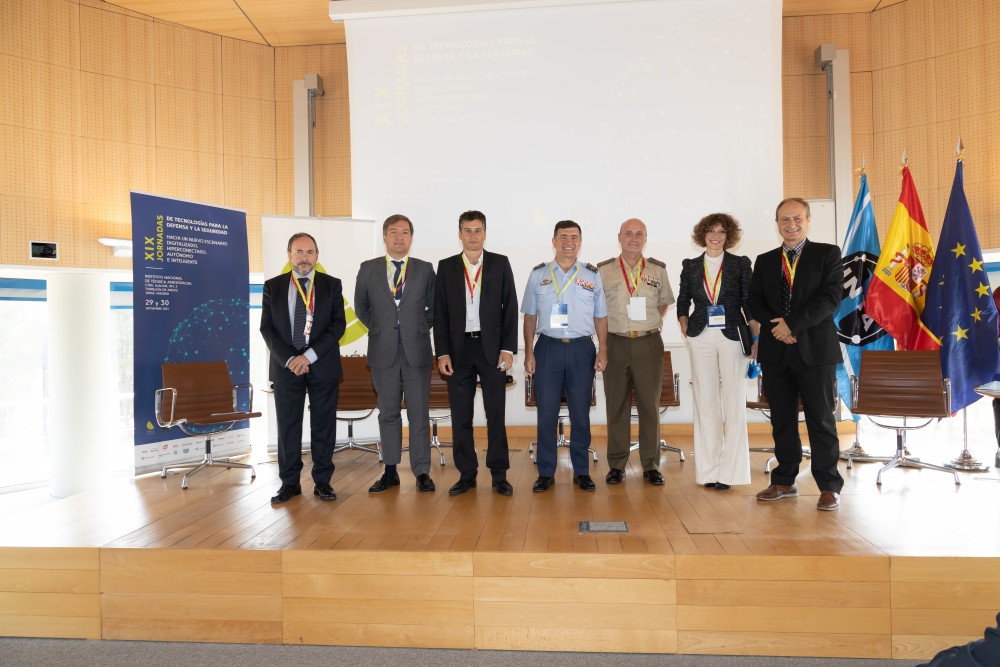 The topic for this year edition was digitalization in a hyperconnected, autonomous and intelligent world, with special emphasis on the key emerging technologies (Artificial Intelligence, Big Data, etc.).

During this two-day biennial conference, organized by Fundación Círculo, experts from the Armed Forces and State Security Forces, University, Public Research Bodies (PRBs) and select companies came together to analyze and discuss through conferences and round tables the current situation facing the defense and security industry.

As a collaborating entity, GMV sponsored the conference and was also well represented on the organizing committee by Manuel Pérez Cortés, Defense and Security General Manager, who acted as a spokesman.

He also participated as the technical coordinator in the first session «Military Operations. Combat in the cloud, hyperconnectivity and intelligence», presented by Ricardo Sáenz Amandi, GMV´s Defense and Security Programs Manager.

The title of this session was «Towards the digital battle». And it covered combat cloud and tactical cloud concepts, their differences, and how a combat situation in a multidomain environment requires a high volume of storage to facilitate real-time decision-making.

They also presented main challenges and difficulties to be overcome in the development of this type of technology.