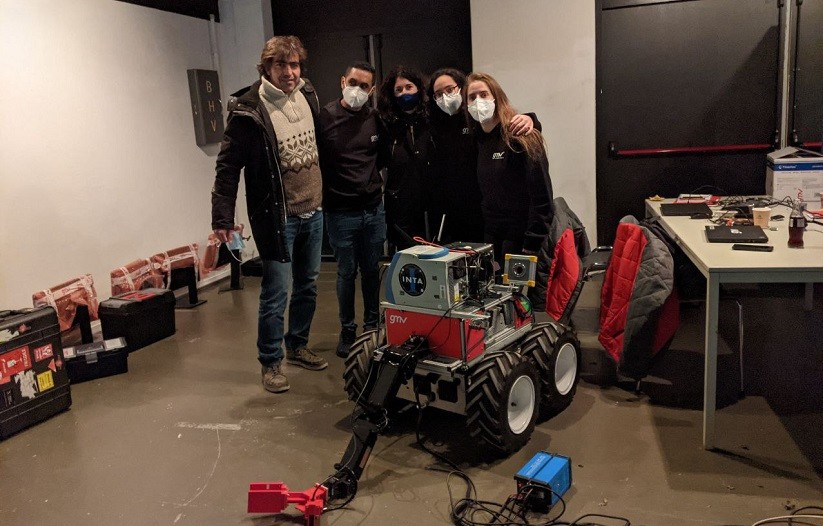 The challenge consisted of a controlled, covered building of 2,500 square meters with a 14-meter high ceiling. In that environment, the ESA created a simplified lunar analogue terrain divided into 2 areas: a traverse zone (TZ) and a region of interest (ROI). Participants had 2.5 hours to walk through the region of interest and to locate and characterize the rocks they found there.

After a van trip around several countries to take the rover to ESTEC in Paris (France), GMV demonstrated the navigation, localization, perception and manipulation technology developed in its own Madrid laboratory. INTA-CAB and UVA were responsible for the development of the rover's on-board inspection technologies. Together they were able to analyze the structure and composition of the terrain and develop strategies for future space missions.

The robot used in this challenge was the FOXIZIRC rover, developed entirely at GMV. The LAMARR platform was also developed at the Tres Cantos offices for the following tests in lunar environments.

At the mission control center, GMV's robotics team was able to solve several problems and safely operate the rover remotely, with a delay of several seconds in communications posing an additional challenge.